It’s no wonder when you start to work and earn money, it feels great as you have your own money. Working for yourself even makes a person more responsible for himself and his work. As a lot of children don’t have the qualifications to do a lot of jobs, most of them start by working at fast food restaurants. We at Anomalous decided to bring you a story of a dad who is proud of his 14-year-old son who is working at Burger King.

On Facebook, we found the story of a dad who has a 14-year-old son who works at Burger King. The dad is very proud of his son and he says that his son works every day even on weekends. His son goes to work in the morning and comes back home at night. However many people on the internet had different thoughts about this dad and son.

#3 The dad shares about his son’s work, he is proud of him

A user named @kittynorveau has shared his thoughts on Twitter saying “god this is depressing”. The post has gone viral all over the internet gaining more than 205.9k likes. More than 4k comments say that the dad should be more concerned about his child rather than being proud. A lot of people agreed that his kids should be enjoying themselves around the age of 14. Even though his dad stated that his kid loves working there, only the people who had worked there know how it feels to work.

Most questions of Twitter users were how can he work part-time if he is working every day?

According to US law, only kids who are at least 16 are allowed to work. Kids who are younger than 18 have to get a work permit to work. Even though some people agree with the fact of allowing kids to work at a young age, it’s also good if people let their children enjoy their childhood.

What do you think? Is this dad doing the right thing allowing his child to work? 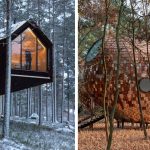