Who is David Attenborough?

David Attenborough was born in 1926 in London, England. He is best known as a naturalist and a media personality. He is also famous for writing and presenting programs that have inspired the modern format of nature documentaries.

Attenborough grew up in Leicester, England. His father was a principal of the local university. He had an older brother, Richard Attenborough, who later became a successful actor and a film producer. From a young age, David developed a strong interest in natural history. David completed his education at Clare College, Cambridge, and began to work at an educational publishing house in 1949.

After completing an educational training program at BBC (British Broadcasting Company), he applied for a radio presenting position at the BBC. However, David was offered a producer position with a factual broadcasting unit within the emerging BBC television network.

After becoming a television producer at the BBC in 1954, he originated “Zoo Quest” television series. It is a show about discovering exotic new animals in their habitat and bringing them back to the London Zoo.

The strong desire of David Attenborough to present animals in their natural state and environment established a trend in early television programming, which even countries up to this day.

After about 1- a year later, Attenborough resigned from the hosting show to study social anthropology. In 1965 he returned to the broadcasting company as the controller of the new BBC Two. He then commissioned a set of diverse programs, including comedies like Monty Python’s Flying Circus and Chronicle.

Time passed, and in about 1969, he chose to leave the BBC and focus on making documentaries about Earth, plants, and animals.

David Attenborough has produced, written, and presented over one hundred documentaries in his entire lifetime. Following are some outstanding examples of them,

Life On Earth – It has taken three years to finish this documentary. After its release in 1979, researchers highly regarded it for reflecting strong respect for science and was appreciated by the audience for its cinematic storytelling.

The Private Life of Plants – This documentary was released in 1995. It had size episodes that showcased the life cycles of various plants worldwide. Soon it stood out for its clever use of slow-motion photography, which allowed viewers to witness gradual changes.

Planet Earth – Planet Earth was the BBC’s most expensive nature documentary. It was released in high definition in 2006. Actress Sigourney Weaver also had a role in this documentary.

What made David Attenborough famous?

The award-winning television programs of David Attenborough made him famous worldwide.

Astonishing ways that David Attenborough has shaped our world

As mentioned above, Zoo Quest was founded in 1954. It combined live studio presentation footage shot on location for the first time. Zoo Quest brought rare animals, including Chimpanzees, pythons, and birds of paradise, into viewers’ rooms.

Colour television was one of David Attenborough’s most outstanding achievements. As a controller of BBC Two, David commissioned the series Civilisation, written and presented by art historian Kenneth Clark in color TV. These landmark series helped the development of a new kind of television documentary.

This show was a global phenomenon at the time it was released. The show was made of stars like John Cleese, Micheal Palin, Terry HOnes, Eric Idle, Graham Chapman, and Terry Gilliam. Python even became a part of the nation’s cultural DNA after the show.

If it weren’t for this show, the world would have never seen some of its rarest creatures. The series introduced millions of deep-sea wonders and was the first time of some species, including the hairy angles fish and the Dumbo octopus.

After introducing color Television bacon in the 20th century, Sir David has always been at the forefront of pioneering 3d television. In 2015, he dived 1000ft off the Australian coast to film the Great Barrier Reef. It also breaks the record for the deepest ever dives on the reef. He has recently collaborated with the Natural History Museum on a virtual reality project. He is also filming his next BBC series – Planet Earth II in Ultra HD.

After all the documentaries and television programs he has done, It is estimated that David Attenborough has a net worth of about $35 million as of 2022.

5 most Interesting facts about David Attenborough

David Attenborough was a deity in the naturalist world. Dozens of flora and fauna are named after him. Some examples are flightless weevil, an extinct pygmy locust, a tiny goblin spider, and a wildflower.

David Attenborough was not only limited to the natural world. David was responsible for introducing snooker coverage to the telly in the mid-1960s. As the controller of BBC, David made it his mission to bring color to the UK’s TV sets by pioneering the broadcast of snooker to showcase the advantages of color television.

Attenborough holds an incredible 32 honorary degrees from universities all over the United Kingdom. His degrees were awarded to him by Universities like Oxford, Durham, Cambridge, and Queens.

As mentioned above, David went on a 1000ft scuba dive below the surface. After he visited the bottom of the Great Barrier Reef, he stated,

“The Great Barrier Reef is in grave danger. The twin perils brought by climate change –an increase in the ocean’s temperature and acidity – threaten its very existence.”

After all these years, Sir David Attenborough inspires the world to fight for ocean conservation. We all should be grateful for his service.

“We all need a healthy ocean, so we must change our ways. Together with the proper management, we can repopulate the seas. We can reduce marine pollution and minimize the impact of ocean acidification. The oceans’ power of regeneration is remarkable if we just offer it the chance. It’s not too late.”

Over the years, David Attenborough has taken us on countless journeys to some of the Earth’swildest places and inspired entire generations to take care of the earth.

Following are some of David Attenborough’s most inspiring quotes on nature, 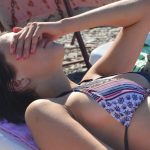 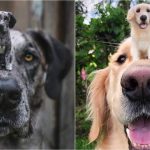