Many people believe that having fame and money makes people greedy. However, there are a lot of celebrities who are involved in great charities. These celebrities not only provide financial support to those in need, but they are also very passionate about the causes.

Today we at Anomalous Club brought you a list of celebrities who make sure to always give back to the world around them.  These celebrities always help those people in need and our hearts feel warm after finding out how much they have done despite their busy schedules.

Keanu Reeves is one of the nicest celebrities. A lot of people who have met him have nothing but good things to say about him. The actor was reported to have donated 70% of his earnings from The Matrix Resurrections to cancer research. Not only that, in 2009 the actor said that he has founded a private foundation that helps fund cancer research. After all these things, the actor doesn’t even want to attach his name to it.

Jaden became an environmental activist from a very young age of 11. The 23 year old has now founded the water company, Just water, which uses different plant-based packages so it doesn’t cause unnecessary plastic pollution. Other than that, he has also installed water filtration systems in low-income neighborhoods.

Many people know Angelina Jolie. She is a talented and beautiful actress who is also a humanitarian. Recently she has been involved in a project that is aimed at creating more opportunities for women to be beekeepers. The campaign helps to save bees and create more jobs for female employees.

Elton has found the Elton John AIDS Foundation. It is involved in a mission to end the AIDS crisis by 2030. The foundation was established in 1992 and since then it has become one of the leading organizations that fight to prevent AIDS.

Viola is fighting to prevent child hunger by being involved with 2 major organizations: Hunger is and No Kid Hungry. A personal history of her has also attached to this problem. She has stated that she still remembers suffering from child hunger. The actress said that not knowing when the next meal will come is a scary thing. Hence the actress doesn’t want any more families to go through this feeling.

Dolly Parton founded the Dollywood Foundation in 1988. It is an organization that motivates high school students to achieve academic success by offering them scholarships. The foundation has been extended in countries like the UK< Canada, and Australia other than the US. Is it still going strong and is working to improve the quality of children’s lives.

James Fonda has a long history of activism. She is 84 years old and she still works for women’s rights and war prevention. The actress has been recently involved in environmental activism and her main goal is to provide a platform for marginalized groups as well as to educate people about environmental issues, homophobia, racism, and sexism.

Wu believes in the importance of speaking about any kind of injustice and has been doing it for several years. She is also involved with the organization, Miry’s List. The organization helps to support newly arrived refugees and immigrants. We have stated that she started to be involved in this foundation because she believes that people who immigrate are searching for peace and safety, something that everyone deserves.

Eva Longoria’s elder sister’s own journey has inspired the actress to establish the organization, Eva’s Heroes. It is an organization that supports people with intellectual needs. The mission of the organization is to “enrich the lives” of individuals like Longoria’s older sister. It has been making a big change as more than 2000 people are involved in the program they provide.

What do you think of these celebrities? Do you also support charities like them? 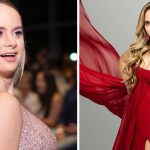 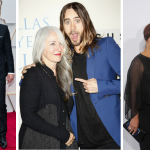