Certain love tales may hurt our hearts as if we were a member of the pair when they come to an end. That’s exactly what occurred when Jennifer Lopez and Ben Affleck (popularly known. as Bennifer) called it quits only days before their wedding. No celebrity couple aroused as much interest as the couple did during their brief romance, which lasted from 2002 to 2003. Ben was reportedly referred to by J. Lo as “her first great heartbreak,” and given their extensive history, it’s no wonder they reunited after all these years.
True love never fails, and we at Anomalous club were so happy to see Bennifer back on that we couldn’t help but tell you about their love story!

Their profession drew them closer together

They are both talented persons who have had long and successful careers. Jennifer Lynn Lopez, better known by her stage as J. Lo, is a multi-talented performer. She is an actress, singer, and dancer. She has wanted to be a star since she was a child. We’re all familiar with her biggest songs, such as Let’s Get Loud and On The Floor, but the Latina actress has also appeared in films such as Selena and Blood and Wine.
Since he was a child, Ben Affleck has been in the public eye, beginning with a commercial. The American actor is most known for his appearances in blockbuster films such as Argo, Gone Baby Gone, and Good Will Hunting, which he co-directed with his close friend Matt Damon and won the Academy Award for Best Picture.

Jennifer Lopez and Ben Affleck met for the first time of the film “Gigli” in December 2001, and their romance grew swiftly despite the film’s box office disaster. Jennifer was married to her second husband, dancer Cris Judd, at the time, but she divorced him soon after meeting Ben Affleck.
“At first, because she was married, there was no concept of a romantic relationship,” she later stated in an interview, but they “became extremely close friends in a way that was quite comfortable.” She and Affleck made their romance public that summer.

They even performed on a music video.

Lopez and Affleck appear in the music video for Jenny From the Block, which came out in November 2002. The couple’s real-life experience of being followed by the public and plagued by photographers was the inspiration for the song’s video. It featured the couple enjoying on a boat while holding a newspaper filled with stories about them. Bennifer had a passionate meeting in this now-iconic video clip.

The couple became engaged the same year, however, their love was short-lived.

Ben proposed to Jennifer Lopez with a 6-carat diamond ring the same year. The paparazzi were all over the happy couple once the wedding preparations began, so a gorgeous ring was likely to result in an extravagant wedding.
The performer of On the Floor said in an interview that Affleck’s proposal was “conventional, but also in a really spectacular way, as Ben would do it… it was very, very wonderful.”

Lopez said that Affleck read her a letter in which he enumerated all the reasons he loved her and wanted to marry her in subsequent appearances. “It was the most purifying and lovely sensation I’d ever had.”

The couple released a brief statement a few days before the wedding, declaring that they would cancel the wedding due to heightened media attention, after months of engagement. “When we found ourselves really considering hiring three distinct ‘decoy brides’ to be at three different places, we sensed something was off,” the couple explained. They did, however, disclose their breakup in January 2004, which came as no surprise to fans who observed Affleck alone and Lopez’s engagement ring was no longer on her finger.

They went on their own ways when their romance ended.

Lopez has had romantic relationships with various celebrities throughout the years. Marc Anthony, a musician with whom she had twins, married her in 2004, but the couple broke in 2011. They subsequently added, “This was a really difficult decision.” “This is a difficult moment for everyone concerned, and we appreciate your consideration of our privacy.”
In 2017, the singer began dating longtime friend and professional shortstop Alex Rodriguez. After years of speculations about their wedding, they got engaged in 2019. Unfortunately, the couple announced their breakup in March 2021, stating, “We have concluded we are best as friends and look forward to continuing such.”

In the meanwhile, Ben Affleck married Jennifer Garner in June 2005, and they have three children together. However, in 2015, the couple announced their divorce after a decade of marriage. “We have made the painful choice to divorce after much deliberation and serious consideration,” the couple said in a statement to PEOPLE. “With love and affection for one another, and a resolve to co-parent our children, we go ahead.”
In multiple interviews, Affleck has confessed that he felt helpless in his marriage, saying, “I can’t leave because of my kids, but I’m not happy, what can I do?” He developed harmful behaviors as a result of his anxiousness. In 2020, the actor began dating actress Ana de Armas, although their romance only lasted a year.

Their affections for each other appear to have never faded.

Throughout the years, the two celebrities have made public declarations about their previous relationship. In an interview, the singer stated, “I suppose different time different thing, who knows what could’ve occurred, but there was a true love there.” “When the tabloids came out and we were being chased by photographers continuously, it was a pretty horrible period,” she said of their breakup and the public attention around them.
However, the two have maintained that they have kept in communication throughout the years, and Ben Affleck has complimented his ex-girlfriend and protected J. Lo when she has faced criticism. “She has incredible skill, but she has also worked extremely hard for her career, and I’m very grateful for her that she appears, at long last, to be getting the recognition she deserves,” the actor said.

Many news came in April 2021 that Affleck and Lopez were spending time together at Lopez’s Los Angeles house, but the two denied it, stating they were just friends; yet, paparazzi spotted them in a car together in Montana, later in Miami, and walking down the street in California. The two made their comeback public when they were caught kissing on the street, and Jennifer Lopez confirmed the rekindling a few months later by posting a photo of them kissing on her 52nd birthday on Twitter and Instagram.

Their newfound love is still alive and well, and cameras frequently capture them kissing and laughing. Following the formal announcement, the couple made their first red carpet appearance at the Venice Film Festival, which surprised fans.
Lopez revealed their connection during an appearance on The Ellen DeGeneres Show, claiming that no one was more amazed than they were and that they could never have predicted something like that. “We’re older now, smarter, have more experience, are at various stages of our life, have children, and we have to be extremely aware of those things.” “We’re really attentive since this is such a wonderful time for all of us,” Lopez stated.
Do you think true love can be renewed after all these years? What steps do you think should be followed to save a marriage? 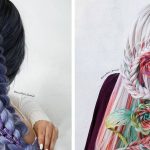 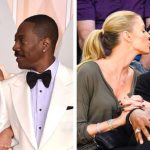