Burak Ozdemir was born on March 24, 1994. He is also known as CZN Burak. He is the owner of Hatay Civilizations Table (Turkish Hatay Medeniyetler Sofrasi), a chain of restaurants. It consists of four branches: Taksim. Aksaray. Etiler, and one overseas branch in Dubai. His special model of preparing Turkish dishes has made him among the most famous followed chefs on the Internet. A very famous dish of his own is the 40-inch Kebab. He is best known for preparing Middle east dishes. As of July 2020, Burak has more than 1.06 million YouTube subscribers, 27 million TikTok followers, 530,000 Twitter followers along with 23.4 million Instagram followers.

Burak first became famous on social networking by posting videos of him cooking Syrian and Turkish food and glancing directly at the camera with a huge smile. He likes to make huge pieces of the food, from traditional food to sandwiches to hamburgers and also beyond. Today you can enjoy the photos below. He showed his talent with world-famous football players 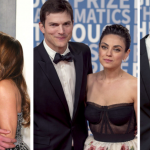 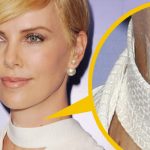