Sam Niell and his animals are the only thing keeping us on Twitter right now. Therefore we at Anomalous decided to share some of his tweets with you. We hope you will enjoy them and make sure to comment down your thoughts in the comments section.

1. You do know Sam Neil, an actor from New Zealand, right?

2. But most of you might not know that Neill owns a winery in New Zealand where he hangs out with a lot of animals and spends his time tweeting about them.

3. It’s one of the most wholesome and pure things in the world right now.

4. Angelica, his pig, is a particular star.

5. Have a look at how much they adore each other.

WHEN A PIG LOVES YOU.
They run when you turn up.
See you in a few days , big fella. pic.twitter.com/lOOpfizPJQ

6. Make sure to turn the sound on for this video. It’s really worth it.

Massage and a glass of wine. pic.twitter.com/u7TtQyFk7Z

8. Neill has a chicken named after Aussie actress Rose Byrne.

9. Here’s his cow named in honour of Helena Bonham Carter.

11. He has concluded that the duck is better than Charlie Pickering himself.

12. Meanwhile Neill has realised that Charlie Pcikering owns him.

14. Neill also takes two toy pigs on adventures. He doesn’t forget to share what he captures on Twitter.

16. They end up in all kinds of situations.

17. Some situations are more dangerous than others. 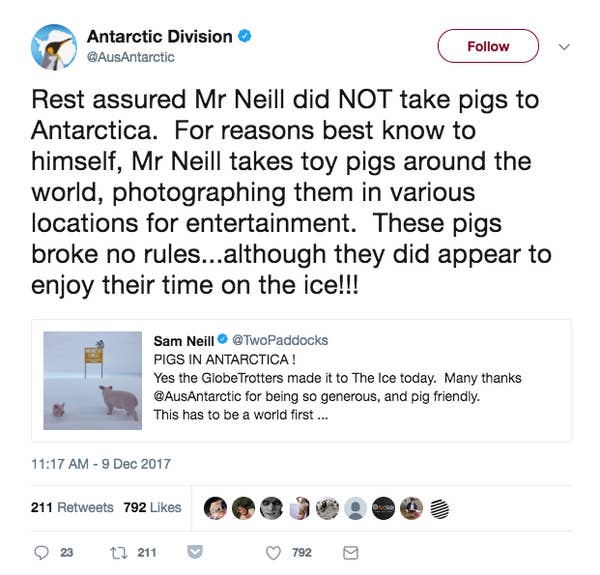 Today. This rose.
Stopped me in my tracks. pic.twitter.com/EDrazsVWRH

22. Neil, also shares some more glam parts of his life.

25. Neill answers questions like this one about his experience with Hurricane Iniki.

Jeff Goldblum giving me a Victoria’s Secret catalogue to keep my mind off our imminent demise. https://t.co/j8PmK3lhL8

26. This one is about how he prepares for roles.

29. He gives good love advice too.

33. Let’s hope that he can handle the responsibility.

Make sure to follow him if you haven’t already. 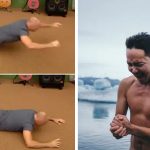 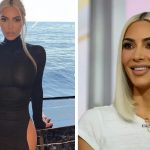