Think about how often you seem to forget particular things. You might forget the name of a former
acquaintance, the correct spelling of a term, or a friend&#39;s birthday. As a result, you might have
experienced extreme reluctance and self-doubt.
However, it has been discovered by researchers Paul Frankland and Blake Richards from the University
of Toronto that fresh memories literally &quot;overwrite&quot; old ones in the brain. The old impressions are
typically harder for us to recall or entirely forget.
According to the research, a person is not necessarily brilliant just because they have a greater memory
capacity. In actuality, the study discovered that the contrary is frequently true. Some people memorize
everything in their brains, which is really helpful and healthy, but it&#39;s actually healthier to retain big-
picture ideas and ignore specifics.

According to Professor Richards, it&#39;s critical that the brain ignores superfluous information and
concentrates on the details that will aid in decision-making in the actual world. This essentially indicates
that the relationship between these two processes—memory, or persistence, and transience—supports
decision-making in chaotic, dynamic contexts.
According to their findings, memory should be used more for decision-making optimization than for
transmitting the information. Transience hence prevents overfitting to specific previous occurrences,
which promotes generalization, and reduces the importance of outdated information in memory-guided
decision-making.
We have mental conflicts and are unable to make decisions when the brain is overloaded with irrelevant
or numerous memories. For instance, a brain with many memories may struggle to make decisions
because it takes too many different factors into account. Since &quot;poor memory&quot; can be a brain function
that seeks to free up space for relevant information by preventing brain energy loss associated with
retaining useless information, transience is therefore just as crucial as persistence.
Since almost any fact you need to know can now be quickly looked up at any moment, it is fine to
occasionally overlook little nuances.
But do you notice that you frequently forget significant portions of information? If there is a major
problem, it is crucial to seek medical attention; otherwise, it is quite acceptable to overlook tiny details.
According to Professor Richards 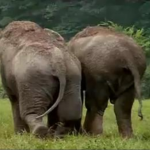 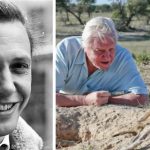