Jonathan is a tortoise who has lived through a lot in his lifetime. He has seen 7 monarchs on the British throne, the invention of light bulbs and motorized cars, the completion of the Eiffel Tower, and the first skyscraper!.

The interesting fact is that Jonathan, The Tortise is still active and not at all tired of living his life. Today, We Anomalous would like to tell you the story of this incredible tortoise who is also considered to be the oldest known land animal in the world.

Jonathan is a Seychelles giant tortoise who was brought from Seychelles to Saint Helena island in 1882. This is an isolated, peaceful island in the South Atlantic Ocean. It is also known as the place of Napolean’s exile.

Since then, Jonathan has been living on the grounds of the plantation house, which is also the residence of the governor.

Even though nobody knows Jonathan’s age for sure, it was estimated that he already reached his full adult size when he arrived at the island. So, he was around 50 years old at that time. Vets believe that he could’ve been born in 1832 and is 187 – 188 years old now.

The average life expectancy for a toise of his species is about 150 years. Jonathan has already outlived all other tortoises of his species by living 30 more years.

Although Jonathan is blind from cataracts, he lost his sense of smell, and can’t detect food anymore, he’s still strong and lives his best chilled-out life on the island. He usually stretches his long neck and legs out of his shell and enjoys the sun on sunny days. When the weather is cold, Jonathan digs into lead piles of grass clippings and stays there all day. Jonathan also enjoys having his favorite foods which include carrots, cucumbers, cabbage, apples, and bananas.

Jonathan is very active and adores people’s attention. He loves when someone stroke his neck and is always ready to pose for a picture.

Jonathan shares his home with David, Emma, and Fred. They are tortoises who are much younger than him. His best friend, David is the second oldest tortoise on the island, and he’s only 80 years old.

On the island, Jonathan is considered a true legend. Because he has seen a lot of generations of people come and go,  He’s become a symbol of persistence and stability for residents. Many tourists are willing to come from any corner of the world to see this animal with their own eyes.

Would you like to meet Jonathan in person? What do you think about this legend? We would love to hear. 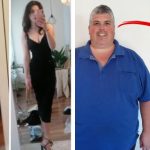