Saturday, President Joe Biden’s COVID-19 test came back negative, but he will stay in isolation until he tests negative a second time.

In a news release, Dr. Kevin O’Connor, a doctor at the White House, said, “The president continues to feel very well.”
Biden, who is 79, tested positive for HIV for the first time on July 21 and had mild symptoms. He was given the drug Paxlovid, which fights viruses.

On July 30, a little more than three days after he was released from coronavirus isolation, he tested positive for COVID-19 again. His positive tests mean that he is one of the few people who were given the drug and then got the virus again.

Dr. Ashish Jha, who is in charge of COVID-19 at the White House, said that data “suggest that between 5 and 8 percent of people have rebounded” after taking Paxlovid.

When asked about Biden’s health on Saturday in Las Vegas, where she was speaking at a joint conference of the National Association of Black Journalists and the National Association of Hispanic Journalists, White House press secretary Karine Jean-Pierre said he was “doing great.” She said that when she talks to the president, he tells her, “Tell people I’ve been working more than eight hours a day.”

Biden has signed bills from the White House residence and given speeches from the balcony of the residence while he was forced to be alone. His trip has been put on hold, but he plans to go to Kentucky on Monday to meet with families and see how bad the flooding was.

Since he has been locked up, Democratic lawmakers have come up with a plan to lower the prices of prescription drugs, get more tax money from corporations, and spend hundreds of billions of dollars to cut greenhouse gas emissions. 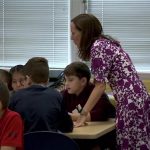 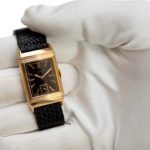