According to Mario Cantone, franchises like the “Real Housewives” and shows like “The Kardashians” are responsible for the date of television and the current political climate.

The Sex and the City star who reprised his role as Charlotte’s best friend blasted the fan-favorite programs in an interview that was released on Wednesday.

The 62-year actor told that he has never seen an episode of “Housewives” or “Keeping up with the Kardashians” on “Behind the Velvet Rope podcast.”

“I don’t like it. I feel it’s ruined television. It has dumbed everything down,” he said.

“I think it’s one of the reasons why [Donald] Trump was elected [United States president in 2016], because we have dumbed down, and people can’t turn away from those big mouths screaming at you. … No question. It has done this.” added Cantone

The star then quoted the late “Breakfast at Tiffany’s” author Truman Capote who once said, “It’s a scientific fact that if you stay in California, you lose one point of your IQ every year.”

“So I feel that if you watch reality shows, that’s true,” Cantone told Yontef, claiming he left Los Angeles after realizing that he, “thought [the 1982 sitcom] ‘Joanie Loves Chachi’ was actually a good show.”

“That’s when I knew I had to move back.”

Cantone also replied the rumor that Andy Cohen once tried to convince him to star in Kathy “Griffin: My Life on the D-list” is also true.

“He wanted to bring in my Italian-American family ’cause I would do that in my stand-up,” Cantone elaborated.

“I was like, ‘Yeah, I’m not gonna be responsible for making my mentally ill family famous. That’s not happening. I’m not stupid. There’s just no way.’”

The actor also made note that he feels there’s a considerable difference between following people around with cameras 24/7 and competitions with talented people like “The masker Singer”, “American Idol” and “Dancing with the Stars”.

He concluded that even though he is down to judge those types of shows, but “wouldn’t wanna be a contestant.” 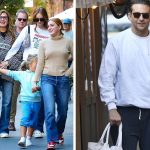 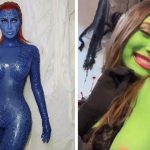