We can see a lot of men are using makeup nowadays. From light skin moisturizers to bright eye shadows and fake eyelashes, men nowadays use different makeup methods to look more attractive. Even though male makeup feels taboo, there has been a rise in this trend. We can see more and more men with beauty products on their faces, both on the red carpet and in everyday life. Today we at Anomalous took a closer look at the modern trend of male makeup, it turns out it’s not an invention of the 21st century.

Men have used makeup for hundreds and thousands of years back

Yes, it is obvious that male makeup is not something new from the above picture. The picture goes back to ancient Egypt where men had applied oils and fats on their skin to protect it from the desert heart and harsh sunlight. Upper-class men of ancient Egypt often line their eyes.

Not only from Egypt, but males of other civilizations have also used makeup. Men from Rome have also been encouraged to use makeup under the influence of those who conquered them. However Roman men didn’t wear bright makeup, as it was frowned upon by society. Instead of bright makeup, they have worn light perfume, remove certain body hair and sometimes they have whitened their faces.

Even though makeup is not new for men, it was only actors and musicians who were wearing makeup to make their looks on screen and on stage more eye-catching and bright. However, today we see more and more men using beauty products in their daily lives as well. What’s the reason for the rise of male makeup?

More and more male beauty products are appearing on the market

As mentioned above, men have been using makeup since ancient times. There have only been a few cosmetic products designed for men until recent days. As more companies are manufacturing cosmetics for men and are selling these beauty products at men’s beauty counters in their stores, things are gradually changing. Men can also use traditional cosmetics designed for women, but some might still feel uncomfortable with that.  So the wider the male beauty products get, the more men are encouraged to try them on their faces.

The male audience is a high growth opportunity for the beauty industry. It is believed that we are going to see more male-targeted and gender-neutral cosmetics in the near future. A lot of big brands are introducing collections that are specially designed for men.

The boy De Chanel collection by Chanel is an example of a wide variety of beauty and skincare goods for men. It includes a moisturizer, foundation, concealer, eye pencils, lip balm, and nail polish for creating a natural look.

The number of male makeup influencers is increasing

The male beauty products alone would probably not be enough to cause a big rise in male makeup usage. There should be people to inspire others and to make them not be afraid of stereotypes to make a rise in the trend. Manny Gutierrez, Gabriel Zamora, James Charles, and Jake Jamie are some popular makeup artists who are sharing their beauty tips with thousands of men and women

In the posts and videos, they post different makeup techniques that can help men and women create a large variety of looks. They also post videos to make their audience not be afraid of stigmas, stereotypes, and judgment.

Following is a collection of looks created by different makeup artists that can inspire you when it comes to your own beauty experiments.

We at Anomalous support the idea that makeup should be enjoyed by all people around the world, despite their gender, and we hope to see more and more gorgeous makeup masterpieces in the near future. What do you think about the trend of male makeup? We would love to hear your comments 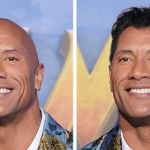