We all used to love watching movies in our childhood. We all had a lot of favourite actors and actresses as new films were released each and every year. Have you ever tried searching what happened to our favourite childhood actors?

Well today we at Anomalous brought you a collection of 7 photos of our favourite childhood actors.

Harry Potter was the favourite film series of most of us. This is what Daniel Radcliffe looks like now. Do you think his transformation is good ? Or do you like his previous look?

Elijah played an awesome role in Lord of the Rings and The Hobbit.

Starting her acting career as a childhood actress AnnaSophia has also gone a long acting journey.

Butterfield has received nominations for two Critics’ Choice Awards, two Saturn Awards, and three Young Artist Awards. Beginning his career as a childhood actor, he has gone a long journey.

What do you think of the transformation of Freddie? Do you remember his movies like Neverland, Charlie and the Chocolate Factory, August Rush, and The Spiderwick Chronicles.

Taylor used to be one of our favourite actors from Twilight Saga.

What do you think about the transformations of these actors? Who was your favourite childhood actor? We would love to hear your answers. Let us know if you want to see more transformations like this. 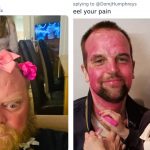