With a member count of around 17.9 million, Photoshop Battles are very popular among subreddits out there. This place not only allows Photoshop users to test their image manipulation skills but also invites everyone to vote for their favourites.

Even though this sounds easy, there are a dozen top-shelf entries that are so funny and creative. These photos usually end up being desktop backgrounds on countless devices around the globe.

However, there can only be one winner. Today we at Anomalous brought you a wonderful collection of pictures that won these fierce contests.

Today to learn more about the secrets of Photoshop, we contacted a Spanish visual horror artist Eduardo Valdes-Hevia.

Firstly, he explained that there is a difference between image editing and manipulation. Image editing is the process of making any change to the original picture. Many photographers edit their shots using different colours, contrast and cropping.

Photo manipulation is the process which includes deeper changes in an image or combining several photos to create something new. It may include things from removing pimples on someone to creating deceptive propaganda.

#4 This Starfish At An Aquarium

“The first step is finding a background image that fits your subject or vice versa, then masking the subject away from their original background, and then matching things like the lighting and colour of both scenes, adding shadows and sometimes skewing perspectives to trick the eye into believing it’s all a single picture!”

“A very important part of photoshopping something is to hide the most obvious edits with shadows, fog or anything else you can imagine and manage “. He added.

#6 This Jogger Interrupting An Engagement

#9 This Dog Catching Leaf Blower Air With Its Mouth

Of course, such a multi-layered process poses a lot of challenges, but Valdés-Hevia thinks that “the biggest one when compositing images is usually the first step, finding the right background (or subject) to add into your photo.”

“Ideally, you’ll be able to find an image that already matches the perspective, lighting, and colours of the other one, but that’s usually not the case,” he explained. “The more different your background is from your subject, the more work you’ll have to do to integrate it. As counterintuitive as it sounds, the less work you need to do, the better your final image will look!”

#11 This Cat Biting A Cardboard Box

#12 Dog Wearing Plastic Bags To go Pee In The Rain

Eduardo Valdes-Hevia recommends you to try some free software like Gimp if you have the interest to try image manipulation.

“Photoshop battles are a great place to start, actually!” he said. “I used to participate in them when I was starting out and they were a wonderful learning experience! I also recommend looking up some people doing photo manipulation on YouTube or Twitch to pick up some techniques and see what other people’s workflow looks like.”

#17 Buddha Statue At a Railroad Crossing

There are a lot of artists who think that a picture should remain the same as it was created. However, there is a great history to photo editing too. We can take Abraham Lincoln as an example. During his 1860 campaign as a Republican candidate for the American presidency,

The Newbern Weekly Progress wrote that Lincoln was ”coarse, vulgar and uneducated”, while the Houston Telegraph on the other hand wrote that he was “the leanest, largest, most ungainly mass of legs, arms and hatchet face ever strung upon a single frame. ”

#21 This Dog Wearing A Box helmet

Even though the rumours about Lincoln were bad, he didn’t want them to spread and turned to a well-known photographer, Mathew Brady.

In many ways, Brady seemed like the perfect candidate: yes, he did not take many of his own photos, but he “conceptualised images, arranged the sitters, and oversaw the production of pictures.” Plus, according to the New York Times, Brady was “not averse to certain forms of retouching.”

#22 This Happy Corgi Walking On A Train Track

In February 1860, before Lincoln gave the Cooper Union Address, Brady had Lincoln pose for what would soon become one of the first widely disseminated photographs of the soon-to-be president.

Lincoln places his hand on two books, his eye staring into the camera; behind him is a column and a neutrally coloured wall.

#28 This Dog Dressed Up As Pennywise

#29 Kid With A Face Mask At The Eye Checkup

To quash all the rumours of Lincoln’s ugliness, Brady added some special effects. Brady focused excessive amounts of light on Lincoln’s face in order to distract the viewers from his frame. He had Lincoln curl up his fingers so that his fingers wouldn’t appear that long. Finally, Bradley even artificially enlarged Lincoln’s collar so that his neck would look more proportional.

So There’s no right or wrong photography. It’s whatever you prefer or like.

#30 Eagle Wrapped In a Towel

#31 Chinchilla On My Mind

#33 Bride Standing In The Ocean

#34 Two People Fighting On the Beach

#37 Stag In The Morning Frost

What do you think about these Photoshop edits? Let us know your thoughts in the comment section. 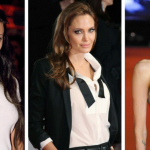 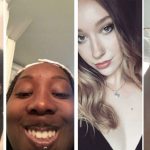