Eddie Murphy has been a talented actor since the 1980s. We have seen his talent in stand-up shows and many never aging movies that always manage to give us the giggles. But did you know that he’s raising 10 children with his lovely wife, Paige Butcher?

Even though the road to raising 10 children is not easy, the couple has successfully managed to overcome it. Today we Anomalous brought you some epic love stories of the Murphy family.

Eddie Murphy’s love life was quite a rollercoaster with many ups and downs. By 1980, Murphy became a father of two sons, Eric and Christian, from his former girlfriends, Paulette McNeely and Tamara hood.

After meeting Nicole Mitchell in 1988, Eddie Murphy and Nicole had five children together, Zola, Bella, Shayne, Myles, and Bria. However, they announced that they were splitting in 2006.

In the same year, the comedian began dating Melanie Brown, with whom he shared a daughter, Angel. Murphy had doubts about the pregnancy, but the paternity test confirmed that he was the father.

In about 2008, Murphy was briefly tied to Tracey Edmonds, a television personality. The 2 had a symbolic wedding in a private ceremony in Bora Bora. However, after two weeks, the relationship was called quit.

Paige Butcher is an Australian actress and model. At the beginning of her carrier, she landed a role as a background model in 2006’s Big Momm’s House 2, where she met her future lover, Eddie. Even though nothing happened back then, things were about to change for her for good.

Paige and Eddie started dating in 2012. After the couple began dating, Paige deleted all her social media accounts, explaining, “I’m in a relationship with a celebrity, so I felt like there’s already enough of me out there. I was giving people too much access. I like to keep as much private as possible now.”

Eddie proposed to her in September 2018

The couple has had a great relationship ever since. Paige was easygoing, and she didn’t care about making things official. Eddie has proposed to her after six years of dating. Even though the couple is known to keep things private, the proposal must have been as mesmerizing as their love and respect for each other.

They do have many things in common. Charity work is one of the common things they have. Murphy has been associated with several charities and causes like monetary donations to the Aids Healthcare Foundation, the Martin Luther King, and the Screen Actor’s Guild’s strike relief fund.

Paige also likes to give her time and money to charitable organizations. The stunning Australian is also passionate about building homes with Habitat for Humanity. She started her charity donations by joining a sports program for children with physical and mental disabilities. Ever since, she has donated to nursing homes and homeless shelters. She has also stated, “I’ve always wanted to do charity stuff. I am a nurturer and love caring for people”.

They have also mastered the art of a blended family.

Eddie was already a dad of 8 kids from previous relationships. After giving birth to their daughter in 2016 and their son in 2019, Murphy became a father of 10. He had children aging from 2 to 31.

Murphy is very proud of his children and family. He has also stated, “The brightest part of my life is my kids […] My world revolves around them.” He added, “I got lucky with my kids. There isn’t a bad one in the bunch. Everyone turned out to be good people.”

Other than that, Butcher has been able to make it work despite the many ex-wives, girlfriends, and children. She has proved to be a loving mother and stepmom. We can say that the couple has undoubtedly mastered the art of having a blended family. 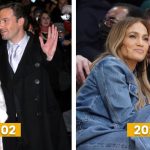 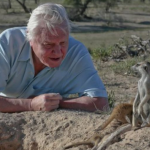