Without the gems, the treasure will not have value.A 20-year-old gem , American Actor Elijah Wood played the role of Frodo Baggins. When we recap  Frodo’s scenes the breathtaking movement of how he destroyed the ring by the fire of Mount doom comes through our minds. He has doubled his age and changed a lot, as at now.In Fact, all the actors, who gave life to this piece of treasure has changed within a time frame of 20 years.

Scroll down to see the Magical changes of the actor:

The actors have spent 20  years since the film. 20 years means approximately a quarterly life. so it’s a big time. Through this time period, they have undergone many changes.

Some have grown up, some have reached their old age, and some stay as beautiful as they were. At the time of the film’s release, Miranda Otto was 30 years old, who played the role of Éowyn has now reached the age of 52 years old. To see how the other actors have changed lets  scroll down;

Isn’t it a pleasure to see our favourite lord of the rings actor after 18 years.What about you?

Leave a comment to tell us your favourite lord of the rings actor and why do you like him/her? 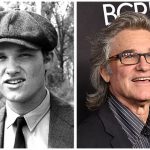 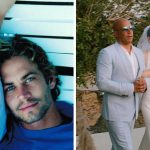