This story began when a young girl with Down syndrome was given up for adoption by her birth mother. After being turned down by 20 different adoptive families, her future appeared to be in jeopardy. When Luca Trapanese entered her life, her life changed for the better. The emotional journey of Alba and Luca, a young girl and her adoptive father, began at this point.

We are an anomalous club who have been following Alba and Luca’s tale from beginning to end. And today, we want to show you how this wonderful couple is still going strong years after adopting little Alba.

It all started with lots of challenges for a future father.

It might appear as though everything came together for Luca and Alba to meet each other at first. Alba had just been given up for adoption by her biological mother, and Luca had recently ended a serious relationship with his boyfriend. This little girl had already been turned down by 20 adoptive families by the time they met. Luca sprang to her aid in July 2017.

These days, the two of them are truly inseparable. For a very long time, Luca had wanted to have children, but being gay and single seemed to make it difficult for him to adopt. Italy does not allow surrogacy, and birth certificates do not list gay parents as co-parents.

It was explained to Luca that he could only adopt a child who had a serious illness or disability. And he had no problem with it at all.

It turned out Luca was meant to be Alba’s father.

There are a ton of endearing Instagram posts from this couple that demonstrates how this 45-year-old man’s life revolves around his beloved princess. In his bio, he states, “I am a single father in love with his daughter.

Alba is now 4 years old and has experienced amazing things in her small family’s life. Luca accepts fatherhood as a lifetime commitment. In many of his interviews, he exclaims, “I am made to be a father!” His daughter’s life right now is at the top of his list of priorities because he loves to devote himself to her and her development.

The life of this father and daughter is anything but boring.

The pair enjoys being together. They both take particular pleasure in singing and dancing, and Luca acknowledges that Alba is a genuine star in both.

Alongside one another, they have accomplished many milestones and enjoyed numerous successes. The first time Alba called him “Dad” and Alba’s first steps on her own were two of Luca’s most thrilling memories.

Learning to walk is a major accomplishment for any child. The first steps and words, however, are frequently even more significant for kids with Down syndrome.

Dad is ready to stand up for his daughter for her whole life.

Alba is different from other kids, and her father has made it his life’s work to make sure she is understood. His biggest challenge is convincing others that Alba is, above all, a person who needs to be taken into account for all of her needs. Luca is certain that individuals must battle against mental obstacles and all forms of exclusion.

He is confident that Alba will come into contact with individuals who will respect her abilities and won’t view her as merely having a disability. He maintains that all kids are extraordinary. And unlike their peers without disabilities, special kids are strong, capable, and handle a lot more adversity.

Luca is willing to help other families understand their kids better.

We, Will, Amaze You With Special Flaws is the name of the book that this father wrote. This book is audibly vocal about diversity and disability. It talks about three kids who use their disabilities as unique talents. And he works hard every day to instill in Alba this way of thinking.

Luca advises future fathers who plan to adopt: “Adopting a child is the most rewarding thing you can do. This decision must be made deliberately, fully aware, and without looking back. A calling is being a father.

What was it about the story of Alba and Luca that resonated with you? What would you like to see as a father for Luca? 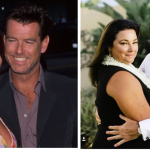 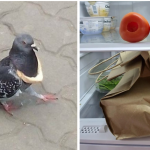