Back in the 2000s there weren’t many chances for fans to stay connected with their idols. However due to the development of technology you now can stay up to date with your star’s plans, shows and even personal things about their lives.

Therefore we Anomalous decided to bring you a collection of 15 then and now photos of favourite celebs of the world before 2 decades.

Audrey became world famous after playing the role of the protagonist in Amelie. However she stopped getting into Hollywood and decided to stay in France.

After her song What a Girl Wants Christina started to become famous in all corners of the world. Furthermore she even took parts in a number of movies. She is now a song writer as well as a music producer.

Being a mom of 2 kids hasn’t stopped her from being a creative artist.

Avril became famous for her songs like My Happy Ending, Girlfriend and Complicate. She was also known as the princess of pop punk by a lot of journalists. She now has grown into an elegant lady.

Lidsay became famous after her movies The Parent Trap, Freaky Friday and Mean Girls. After her fame she started getting into music, she started starring in independent films and TV shows.

Julina still hasn’t disappeared from the screen and you can find him in movies like Fantastic four and the series Dirk Gently’s Holistic Detective Agency.

Nicole Richie is the adopted daughter of Lionel Richie. She became world famous after her performance in The Simple Life. Ever since Nicole has founded her own fashion brand and published 2 novels. She also takes part in a number of series.

Amy Lee made our 00s beautiful with her songs “Bring Me to Life” and “My Immortal.” She now continues to raise her son Jack and she also engages in singing. She still continues to have her brand too.

Dexter was the frontman of Dexter and The offspring. He was even awarded a phD in molecular biology three years ago.

Paris Hilton was famous everywhere in the 00s. There is a whole documentary called “This is Paris” which tells the story of Paris Hilton. From being kidnapped to becoming one of the most successful stars it contains a lot about her life.

The singer, Tv host, designer and actress was in everyone’s lips back in the day. However, she suddenly disappeared. She now takes care of her husband and 3 kids.

The actors who played Sebastian in Cruel Intentions now play roles in different movies. He also raises his daughter and son.

Natalie continues to sing and she even released her latest album, Firebird in 2021.

Jaso got famous after his role as Brandon Walsh on the television series Beverly HIlls. He now continues to work as a director and has directed a number of episodes for American TV shows.

After becoming famous for her main role in Lizzie McGuire, she transitioned into music, took part in independent movies and even launched clothing lines, and a perfume. She also writes books and engages in a number of charity activities.

Megan Fox continues to take part in a lot of movies. She is often seen in red carpet events with memorable outfits.

Holly is now married to restaurateur Mike Ryan and continues to take part in small roles in movies.

What do you think about these stars who made the world crazy in the 00s? We would like to hear your answers in the comments down below. 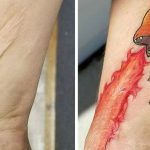 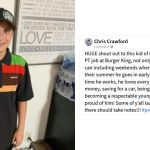