Romantic films exist to move us with their compelling stories. While they all aim to make us laugh, some go a step further and include small references in plain sight. And, despite the fact that these details are usually minor, many people overlook them.

Anomalous club put together this collection of romantic films with some hidden on-screen references that we didn’t notice the first time we watched them.

1. Cake toppers in The Wedding Singer

Because they have a strong resemblance, the bride doll on Robbie and Linda’s wedding cake turns out to be a reference to Julia, who is the woman Robbie chooses to marry at the end of the film. As a result, it functions as a kind of foreshadowing of what will happen later in the film. Of course, you’d have no idea the first time you saw it!

2. An interesting cameo appearance in Titanic

We see a man walking on the deck with his wife in one of Titanic’s scenes. Edward Kamuda, a historian who has devoted much of his life to preserving the Titanic’s legacy, is the man in question. When James Cameron started working on the movie, Kamuda aided him as a historical consultant.

3. Costumes are adapted to the development of the characters in 13 Going on 30

The protagonist of the film is in her room at the start of the film. She’s showing her mother a magazine of things that 30-year-old women own, and we can see a picture of a large walk-in closet in one of the shots, which is also illustrating a fashion article in the magazine. We see the same closet in the protagonist’s apartment a few scenes later, when she turns 30 years old, which leads us to believe that the protagonist has been following her dreams since she was a teenager.

4. The cake at the end of the film refers to a painting by Chagall that the main characters like in Notting Hill.

If you haven’t seen Notting Hill yet, you might want to stop reading at this point. If you’ve seen it, however, you’ll recall that at the end of the film, during the wedding, we see a goat with a violin on the cake. The Bride, a painting by Marc Chagall, inspired this rather unusual design. “Happiness isn’t happiness without a violin-playing goat,” the actress says, and we can see that they decided to have a cake with that goat as a reference to that line at the end of the movie.

5. The film that refers to the plot in Love Actually

In one scene, you can see Mark holding a DVD of Alfred Hitchcock’s classic thriller Rear Window. While he’s looking for something, it’s right there on the shelf. The film by Alfred Hitchcock is about a man who lives his life through the lens of his camera. Because a character in Love Actually did the same thing, this reference was made.

6. A reference to another film by the same director in Friends with Benefits

Mila Kunis is seen holding a sign at the airport in the film Friends with Benefits. She’s holding it up to welcome Justin Timberlake, and we can clearly see the name “O. Penderghast” written on the sign in the still. While the name may appear strange, it is based on Olive Penderghast, a character played by Emma Stone in the film Easy A. The first reason for including this reference was that both films were directed by Will Gluck.

7. The name of the hospital in 50 First Dates is a reference to another movie.

The psychiatric hospital Lucy visits when she wants to figure out what happened to her shares the same name as Chris Farley’s character in Tommy Boy, Tommy Boy Callahan. Peter Segal, who worked on both films, most likely chose to make a reference to the 1995 film.

8. The use of blue in (500) Days of Summer was inspired by Zooey Deschanel’s eyes.

We can see the movie’s namesake wearing blue dresses, shirts, and skirts in several scenes of (500) Days of Summer. You can also tell that the color blue appears frequently throughout the film as a sort of secret code. In fact, this is far from a random occurrence. This is because the director and producers discovered that highlighting actress Zooey Deschanel’s blue eyes was the most effective technique.

9. Nigel entering Bogey’s house in 10 Things I Hate About You

When Bogey is having a boring meeting at his house and hears a knock on the door, he says to himself, “That must be Nigel with the brie,” and when he opens the door, a large group of young men enters, but sure enough, Nigel with a plate of brie cheese is the first one to enter.

Cal (Seth Rogen) and David (Paul Rudd) are seen playing video games at Paul Rudd’s house in this classic comic film. There is, however, a fun detail that few people have noticed. Paul Rudd is wearing a T-shirt with a picture of his face on it, with the exception that the actor has a beard in the picture on the shirt. It’s unclear who or what inspired this idea, but it’s certainly amusing.

11. The reference to Saturday Night Live in the movie, Hitch

When Hitch arrives to meet Albert and opens his file, you can see that one of his favorite books is Stuart Smalley I’m Good Enough, I’m Smart Enough, written by a comedian from the popular show Saturday Night Live. The book is now available for purchase, and the main theme is self-help in personal relationships, friendships, and other areas, which could be useful for the characters in the film.

12. The server from Pretty Woman also appears in The Princess Diaries 2.

In the film Pretty Woman, Julia Roberts (Vivian) and Richard Gere have a memorable scene where they go to lunch at a posh restaurant (Edward). As you may recall, Vivian is served snails, which is a delicacy she has never tried before. The snail flies through the air as she tries to grab one of them, and a server catches it. To lessen the embarrassment of the accident, he says, “It happens all the time.”

When Mia is greeting guests in The Princess Diaries 2, a bracelet flies off her wrist, and the person who catches it turns out to be the same actor who played the server in Pretty Woman. He is, however, a royal server this time. What remained constant was his line, which was, “It happens all the time.” Because Garry Marshall directed both films, this amazing Easter egg was included.

What Hollywood films do you know that are related to each other?

Anomalous club  is now producing its own podcasts. Take interesting articles with you wherever you go and listen to new stories whenever you want. 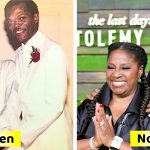