Raising a child is a challenge that everyone can’t do. But raising a child with special needs can be very challenging, but they’re a thousand parents out there stepping up to the plate and caring for their children who may just need a little bit of extra love and care. Being a mom or dad to a special needs child is the most rewarding thing in the world. They are the gentlest, kindest, and most loving humans in this world. Also, they show you a whole different world of love and care. Here are some celebrities having special needs kids that you might not know about.

The Canadian-born Caterina has a cute baby daughter named Paloma “Pippa” which is always popping in the 39-year-old actress’ social media feed. Paloma was with Down syndrome and since her birth in 2016, Caterina has become a prominent voice on social media for raising awareness about the condition.(Celebrities)

Model, mom, and advocate Amanda Booth is working to make a much-needed change in the media and fashion industries, thanks to inspiration from her son Micah who has Down syndrome and autism. Once Amanda says she first started to notice this need when she went back to work after giving birth to Micah, “ I started to notice when I would go out for things for work, that there would be babies at casting all the time. And I was like, ‘Why isn’t anybody asking for my baby at these casting?’” she recalls.(Celebrities)
Sense kind-heartedness in others is a great ability, and Booth said that is one of the favorite things that Micah can do. She said Micah is like a barometer that brings out kindness in everyone when he walks into a room. Amanda is a grateful woman that works really hard to help the world see a more diverse beauty, and she is not afraid to answer other people’s questions about her son’s condition. She says she is ready to explain why her kid is stimming or not behaving not like anybody else, and she does it willingly and for everyone who is interested.

Toni Braxton is a singer, songwriter, record producer, actress, and philanthropist who rose to fame in the early 1990s as a popular R&B singer. She gave birth to her first child, Denim, in 2001 and her second child Diezel, in 2003. At age of 3, he was diagnosed with autism. She explains that as parent of an autistic boy, she always felt there was something she could do differently. But through this process, she learned nothing was wrong with her son at all – the diagnosis just is what it is.

In 2016 she made a surprising announcement to the public Braxton said that her 13-year-old son stopped having autistic features and fully recovered from his state. She described her son as a “social butterfly” and said that the recovery from this condition had become possible due to her timely interference, constant hard work, and special programs for autistic kids that she took from the autism speaks foundation

The star of the Rocky franchise has a son, Seargeoh, who was diagnosed with autism from an extremely young age. On it, Stallone was quoted saying that “God and nature made him different. We have to accept Seargeoh the way is and understand that his way is just quieter reserved.” Being an accepting child is the most important thing you can do, we would argue.

Model Katie Price is a mom to Harvey. Harvey was born in 2002 and was diagnosed with Prader-Willi syndrome (a genetic condition caused by the loss of certain genes) Autism, and blindness. One of the biggest concerns with this condition is that the child lacks the ability to tell when they are full, so they keep eating. This can lead to obesity and type 2 diabetes, each having its own medical side effects.
But Katie has been overcoming all of the troubles and pitfalls together with her son, and now she proudly says on her Instagram “I’ve watched you grow into a handsome man. My bear I love you, and wouldn’t charge you for the world.

This isn’t an A-list name, but John McGinley is recognized for his work on Scrubs and is one of the most famous celebrity activists for Down syndrome due to his son Max, who has the condition. In 2011, John received the Foundation’s Quincy Johns Exceptional Advocacy Award for his work related to people with Down syndrome and people with developmental disabilities in general.

John said in an interview about having a special needs child, “The first of months, it felt like we’d been over the head with some kind of cosmic hammer… and sooner or later you have to do something, you have to pick some aggressive verb about what you’re gonna do for this life. For Max ‘you gotta do something for me, get over your stuff, dad I’m here.”

Colin Farrell or The bad boy of Hollywood is a dad! His son, James has a genetic condition known as Angelman Syndrome. This rare condition is a mental disability that leads to jerky movements. Colin said “when you’re the parent of a child with special needs, it’s important to feel that you are not alone”

The Ugly Betty starts Christopher Gorham has a lovely son Lucas who was diagnosed with Asperger’s syndrome around the age of 9. Once he said about diagnosis, “It’s upsetting to hear that something is wrong with your child, At the same time, it’s a relief to know what’s wrong with your child because if you know what’s wrong then you can start to take steps to help them,”

Gorham says that he feels for all parents who have kids with special needs, as he’s been going through a lot of changes and stress. But he sees the positive side of this trial, as his wife, according to his words, turned out to be a real superhero in coping with this.

Actor Gary Cole has a young child, Mary who was special when she was 2 years old. She didn’t process information like you or I do, and did not pick up on social cues. she was diagnosed with autism but has led a normal life. She was provided with therapy and help from a personal aide. Gary’s advice to  parents who may have special children is “Seek answers, and the earlier – the better.”

When Evan, her son, was first diagnosed with autism, Jenny says he stopped speaking and began ignoring the world around him. Because that’s what most autistic children do — they get locked inside themselves.

However, she began looking for treatments to help him recover. One of the things she did was to fix the family’s eating habits, she also tried video modeling and play therapy to teach him how to play with toys, and it turns out that her “warrior spirit:” did indeed help Evan. Evan has made great strides. She said “He ‘s doing amazing, He’s considered recovered” 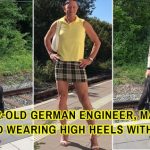 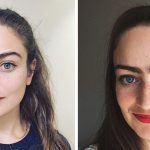